The Monhegan landscape is for me an exceedingly direct and powerful accessway to the spiritual, timeless, and transcendent.

A five hundred acre island located 12 miles from the mainland, its landscape features lush meadows, dense forest, and the tallest, most rugged cliffs on the entire eastern seaboard. Inhabited by a mere 75 hearty, year-round residents, there are no paved roads, street lights, or cars (with the exception of a few pickup trucks for essential hauling), and virtually no sign of commercialism. Its “backside” is a private land preserve that is virtually untouched. When you are back there, you have no idea what century it is (give or take the occasional appearance of a power boat or airplane), what country you are in, what contemporary culture is like. Instead, you experience massive cliff and rock forms that butt up against powerful surf that relentlessly and rhythmically rises, crests, dissipates, and re-forms. Nature feels enormous and monumental, very much alive and continually in flux. It feeds every one of the senses, and does so all of the time. The experience automatically gives rise to experiences of nature-internal as well, filled with the same kinds of rhythms and forms, the very same sense of aliveness.

The backside serves as a deeply meditative space that facilitates awarenesses of realities deep within. The images that follow are poetic attempts to hint at this experience. 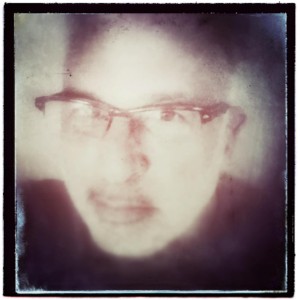